A year ago today, we went to the Notaires to complete on the purchase of our new home: we therefore celebrate our first year in our French home today (although we technically moved in the following day)!

A whole year. I still remember a year ago… I was finding my feet in my new job. The children were settling in their new schools in the local villages, with a sigh of relief from all of us after a year where they attended three different schools (so this was school number 4 within a period of 12 months). We were slowly but surely gathering the information required for Barry to set up his new business.

A year ago, we had been living from suitcases for seven months. We had travelled a crazy amount of miles from Bristol, to the Alps, to Charente, to Metz, then backwards and forwards between the Alps and Charente again many, many times… When the garage asked me if I had done a lot of mileage this past year due to the state of my tyres, I couldn’t help but laugh!

A year ago, the children were starting to speak French. Despite being French myself, and having the children exposed to French early on, it still sounded weird yet incredibly amazing hearing their little voices speak a whole new language, hearing them pick up on French expressions I remember finding hilarious when I was their age, getting their “le” and “la” mixed up, and noticing how Hugo would start speaking English with French grammar.

A year ago, we started to feel as though our luck was finally turning, and we could finally get on with it and settle into our new French life.

A year ago, we started looking into making our dreams a reality. How to start our new gite business, wondering whether people would actually come? Would they like the area as much as we do? Would they find the local wildlife as exciting as we did? Would the prospect of going swimming in the local lakes and rivers for free be as refreshing to them as it was for us?

A year ago, I don’t think we expected to be where we are today. We’re not ones to truly plan ahead, Barry and I. We like exploring and seeing where it takes us.

Yet a year later, Barry and the kids’ French is so good, I’m incredibly proud of them all!

A year later, I still get told on a regular basis how well I speak French… so the English accent I picked up during my 15 years in the UK lingers on!

A year later, we still get excited when we spot deer at the bottom of the garden and around the hamlet, when we see hoopoes fly and land by the front door, and see cranes migrating over the house.

A year later, our home is starting to feel like ours, with an injection of warm greens and blues, with jewel and metallic tones throughout. If my floristry business and style was a home, it would be our 1790s French farmhouse (you can see photos and stories on Instagram).

A year ago, we started our gîte business soon after we moved in, once we had furnished it. It’s still a work in progress, as I’m desperate to inject more colour into it.

We have also since bought the house adjoined to ours, which provides us with other house to let out, as well as a garage and workshop space for us.

Most importantly, a year on, we have had 42 bookings to date in our gîte, with over 100 guests come and stay with us. We have met some lovely people from all different nationalities, travelling through our little corner of France for a multitude of reasons.

When we arrived in the area, stating we wanted a gite, we were told not to expect much from it, due to the sheer volume of holiday lets in the area. But this past year has by far exceeded our expectations, and we are so grateful for the experience.

So today, we raise a glass to our first year in our french home, and the first year of business of Emerald and Jade Gîtes. Thank you to all you wonderful people who have already been to stay, and we look forward to welcoming lots of new guests in our next few years in business!

What Our Guests Say:

Fiona’s gite is set in beautiful countryside with lots of local places to explore. The gite is clean, modern, comfortable, and well equipped. Her family are kind and helpful hosts and I’d recommend it as a great place to stay for other young families like us. 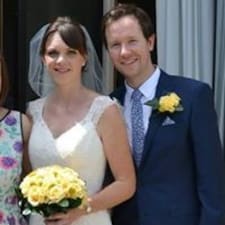 Sometimes on my morning walks I don't listen to an

When your friend says she'll bring you cake, and s

Hugo found this little fella the other and was fas

We've been getting so many bookings and enquiries,